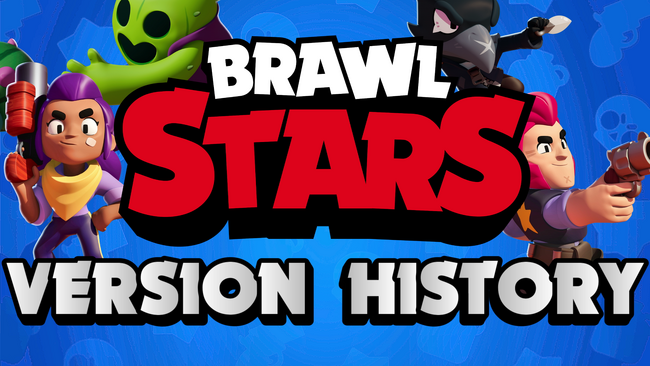 Throughout the course of time, Supercell has introduced updates to Brawl Stars that fix bugs, balance events and/or introduce new Brawlers, Game Modes and other features.

Lola is a Brawlywood starr. She's extremely obsessed with herself and loves offering tour guides; any excuse is good enough to talk about her career! She has a fake fox scarf with diamond eyes and shoots sparkly stars that shine as much as her!

Ash has been in a pretty decent place overall, however, the reward from hitting enemies versus taking damage has been a bit off. Mad as Heck has also been outperforming First Bash significantly, so giving it a buff while tuning down overall rage gain from damage means the trash knight has to hit more attacks to get really angry.

Noise-canceling is a great gadget, except against El Primo’s Suplex. We fixed that for consistency, resulting in a small buff. El Primo didn’t like this change.
Irresistible Attraction has been the less popular choice across the board. We hope giving it some burst to go along with the pull will make this a viable option.

Griff’s Business Resilience has largely been out of business (hehe) in comparison to Keep the Change. Good Griff players should now be able to constantly pressure their opponents better thanks to an increased amount of healing which was the original intention.

Giving Meg a little bit of ammo when her mech is destroyed allows her to fight back and finish off low health opponents and will make the transition feel significantly better.

Jacky is in a good place after the most recent round of changes. We wanted to remove a remnant of her old super in the shield and compensate by giving her back her previous health. Her super also now charges in 4 hits as it did before the nerf for consistency.

Mortis rework was overall a massive success and provided playability on all ranges without the need for a Star Power. As a result, though, his creepy harvest has been a bit too... creepy, so we toned it down in the hope that the reworked Coiled Snake could become more of an attractive choice.

After letting the dust settle, it's clear that Brock's new more explosive rockets are very effective. Tuning down the projectile speed a little should allow for more opportunities to avoid the splash, and also rewards better aiming for seasoned Brock players.

Leon has risen in popularity largely due to his lollipop providing massive utility. While it can be countered decently by throwers, it had the same issue as Bo’s Totem which in certain matches and comps, was providing too much value.
Giving it decaying health (exactly like the current Bo’s Totem) means Leon players have to be more careful of when and where to use it.

Bug Fixes and Other

Meg is the third member of Max’s and Surge’s trio and she’s a smart vending machine repair girl who wants to be a hero like Max and Surge, and although they think she’s not ready to fight yet, Meg always joins the battle anyway!

Here are the fixes:

Also aiming for maintenance next week! Here are the fixes coming with the maintenance.

Brawl Pass Season 8 - Once Upon a Brawl

Pins
Each Brawler has been given a new Rare rarity Clap emote pin. These won't be animated in this update yet.
New animated Pins.

Belle is the Chromatic Brawler of this Brawl Pass season and she’s an outlaw and the leader of the Gold Arm Gang that terrorizes every town’s bank!

Squeak is part of the Ruff’s Star Force trio and he is an alien being that evolved from the cumulative drool on Ruffs’ Toys.

Bugs being fixed after the maintenance

Stu is a stunt driver extraordinaire with gasoline in his veins! He makes a big entrance, burning serious rubber all over the stage. He is a Trophy Road Brawler unlocking at 10k!

Ruffs is the Colonel of the Starr Force, a master strategist, and also... a dog.

Lou is a jolly snow cone machine who is always cheerful. He’s so overly positive it annoys the heck out of Mr.P.

The maps you make can now be published so everyone can play!

Pins Battle Support - Emotes can now be used during battles!

Archive - Last chance offers for the following skins after which they will be retired into the archive. Skins going into the Archive this season: Caveman Frank, Touchdown Bull, Rockabilly Mortis, Spicy Mike, Boom Box Brock.

New Gadgets! New Gadgets will be released once per week during the next 10 weeks

Revolving Door: The robo-porters spawn 3 seconds faster after being defeated.

Hot Zone is back! (temporarily!)

In the future, some selected skins will be removed from the shop rotation. They will be resurfaced about 1-2 times per year. Selected skins have a new icon to signify this change.

Here are the changes:

Here are the changes:

Here are the changes with the update:

The Brawl Stars Update has finally arrived! Our newest Brawler Jacky, Gadgets for EVERY Brawler, new skins, and more!

Jacky! She works her jackhammer to shake up the ground and nearby enemies. Her Super pulls in nearby foes, leaving them in the dust!

March 19: Play this new challenge for rewards, glory, AND if you manage to get 9 wins, you’ll unlock PSG Shelly before anyone else! This challenge will be available at 800+ total trophies and include Super Stadium, Pinball Dreams, and Galaxy Arena Brawl Ball maps.

Mr. P is a disgruntled luggage handler who angrily hurls suitcases at his opponents. His Super calls robotic porters to help him.

Welcome to the Brawlidays update! We have new Brawlers, a brand new environment, new maps, new game modes, and so much more!

She’s a booksmart entomologist who uses her bee helper drones to gather samples for Rosa! Bee careful, because those drones are also sniper bullets!

In this new monthly challenge, everyone can battle for glory, awesome rewards, and the very best can earn a seat at the Brawl Stars Championship

Available in the Trophy Road for 8000 Trophies

Emz is our newest Brawler. She’s always on social media, and nobody but her followers REALLY understand her. Especially her uncle Mortis! Her main attack is a blast of Hair Spray and her Super does some frightening area of effect damage.

New Skins! - The seasonal Halloween skins will only be available during this event! Will they ever return? Maybe next Brawl-o-ween!

GRAVEYARD SHIFT - (Life Leech is BACK!)

Power Play - Our newest competitive way to play Brawl! With just three Power Play matches per day, you’ll need to win your games and climb the rankings to achieve glory and Star Points! Power Play will be a 14 day Season, starting on Tuesday 29th!

Available in the Trophy Road for 6000 Trophies.

Spirit Slap: When Gene's Super is fully charged he does +300 damage with his main attack.

Available in the Trophy Road for 4000 Trophies.

Hits a bit easier with the main attack if the enemy is very close to Bibi. Bibi no longer consumes home run bar when using Super to kick the ball.

This change only affects online games. NOT if you play solo in Friendly game room. The effect will come to solo Friendly rooms in the next client update.

Piper - She’s very popular in Bounty, but less so in other modes. These changes decrease her burst potential but increase her overall damage output. This should make her more viable across game modes.

Poco - His short attack range and lower health makes him tricky to play effectively. Increasing his health should make him less squishy.

Colt - Colt is very versatile and has a high use-rate across all game modes. Decreasing his range separates him from the other long range Brawlers, making him more of a medium-range DPS. Additionally, his Star Power was too strong.

Darryl - Darryl had a low use-rate in high-trophy games and was a little too weak compared to the other tanky Brawlers.

Bo - This health buff should emphasize his role as a ranged mini-Tank.

El Primo - El Primo was a bit weak compared to Bull and this health buff should compensate for his short range and emphasize his role as the Tank with the highest health.

Jessie - Her short range combined with low health leaves her a little bit weak. The Star Power and health buff should help her keep the advantage when her Turret is up and running.

Nita - Nita’s short range and low health made her a bit too weak. These changes should allow her to be played more aggressively.

Poco - He had a lower use rate in high trophy games, these buffs should bring him back into the mix.

Spike - This reload time buff should help compensate for Spike’s shorter range and low health compared to other Brawlers.

Bull - His previous buffs made him a little bit too overpowered, this should bring him back into the correct balance.

Ricochet - By reducing his health we can compensate for Ricochet’s huge range and damage potential.

Pam - Pam was nearly unstoppable in Gem Grab. These changes should make her more versatile across game modes, and less dominant in Smash & Grab. The increased reload speed and decreased number of projectiles allow her to fire more often and adapt quickly.

Mortis - Mortis was just too strong, so now his dash attack will heal enemies while damaging himself.... Just kidding! Our old friend Mortis was unstoppable in Brawl Ball while being somewhat ineffective in other game modes. Reducing his dash range and increasing his other stats should make him more balanced across modes.

Barley - Barley had a very easy time hitting nearby enemies due to his bottles immediately exploding on contact (compared to Dynamike’s fuse). This should make him slightly less effective from a distance while distinguishing him from Dynamike.

Crow - Crow was a bit too fast in his assassinations. By decreasing his Super jump speed, we’ll make him slightly easier to counter without reducing his other stats.

Shelly - Shelly is very popular in high-trophy games, and her Star Power was a bit too strong.

Bounty and Smash & Grab - In certain maps, the meta has shifted toward favoring long-range Brawlers. These adjustments will make the maps viable for close-range Brawlers and allow for additional Brawler combinations.

Pam - Her Healing Station didn't have enough punch, and the small radius caused everyone to clump creating easy targets for enemies

Bo - He was a bit too strong with 4 mines, and the pushback often made them unavoidable.

Colt - He had a lower use-rate in high-trophy games

Ricochet - He had a lower use-rate in high-trophy games

Dynamike - Lower use rate compared to Barley in high-trophy games

Brock - He had a lower use-rate in high-trophy games

Crow - Too strong, and his Super made an easy escape

Poco - Low use rate across the board

Mortis - Clearly the most used Brawler in high-Trophy games, his movement speed combined with attack makes him too mobile

With the addition of Pam, creating a team with minions and healers would be too strong of a team composition. Now, no heals will affect any minions.

Supercell wanted to make it easier and quicker to earn coins in short sessions so they have increased the First Win coin bonus. The total coins earned still remains the same.

Community content is available under CC-BY-SA unless otherwise noted.
Advertisement