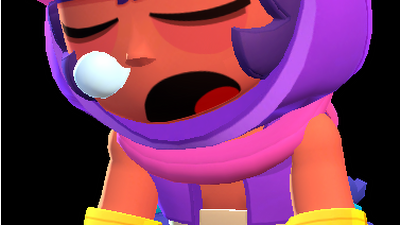 Sandy is a Legendary Brawler with moderate health and moderate damage output who can deal damage to multiple enemies at once with his wide piercing attack. His Super summons a sandstorm with a large radius, allowing him and his allies to be invisible in its area of effect. His Gadget, Sleep...

After almost a year, i got a legendary, on a big box on my most low trophy-ed account: Leon! I'm so lucky (wanted Spike or Sandy tho but i'm thankful)!

These buffs and nerfs are applied to a brawler when they are level 1.

Damage decreased to 600 per orb

Gadget Damage increased to 1000 per dynamite.

Damage increased to 820 per dynamite

Damage increased to 340 per lazer.

I'm a terrible balance changer , so you can correct me , and I will try my best to fix this post!

Spike: Thorn Shield (3): Spike gains an extra 1000 HP. When he loses all of his extra health, He reloads all ammo.

Crow: Backstab (3): Crow charges his next attack, making it throw an extra dagger.

Sandy: Super Sleep (3): Sandy falls asleep for 2 seconds. After sleeping, he charges 50% of his super.

4.Chameleon- you cannot change the fact that he is the worst brawler in 3v3. Even in his best gamemode, showdown, he cannot stand up against teammers and other heavyweights.

3. Angry Bird- like, Leon, he struggle against teammers, In 3v3, his damage is too low to deal with sharpshooters/heavyweights

2. The Brawl Stars Cactus- He is good at melting the safe in Heist. In Brawl Ball and Siege, He is good against Tanks. In Gem Grab, His super offers a lot of value. He is also quite good in showdown

1. Sleepy Boi- One of the best brawlers in 3v3. His super offers a lot of control. His gadget helps him to heal up quickly so he can continue to battle.

I'm starting a FanFic series! It's called The Legendary Journey, and it chronicles the stories of Spike, then Crow, then Leon, and finally Sandy.

Also, I'll have a ton of standalone stories too like The Virus, The Arcane War and more.

Quick side note: Every story will have multiple parts.

Edit: wasn't second in a row, but still very close together.

Leon my super makes me invisible

(edited by Brawl with Bees)
LeonSandy
Yes (plz gimme a legend skin i have no legend ;-;)
No (T-T)

Tick: Tick’s head speed has been decreased by 10%

Do not be angry with me because I only play duo and it’s my opinion.

Shelly(the best and the worst)

Poco (the best and my fourth fav brawler)

Rosa (Same as poco but my fifth fav brawler)

Carl (The best in tie with Darryl and Jacky. Also my fav)

Gale (The best and worst) 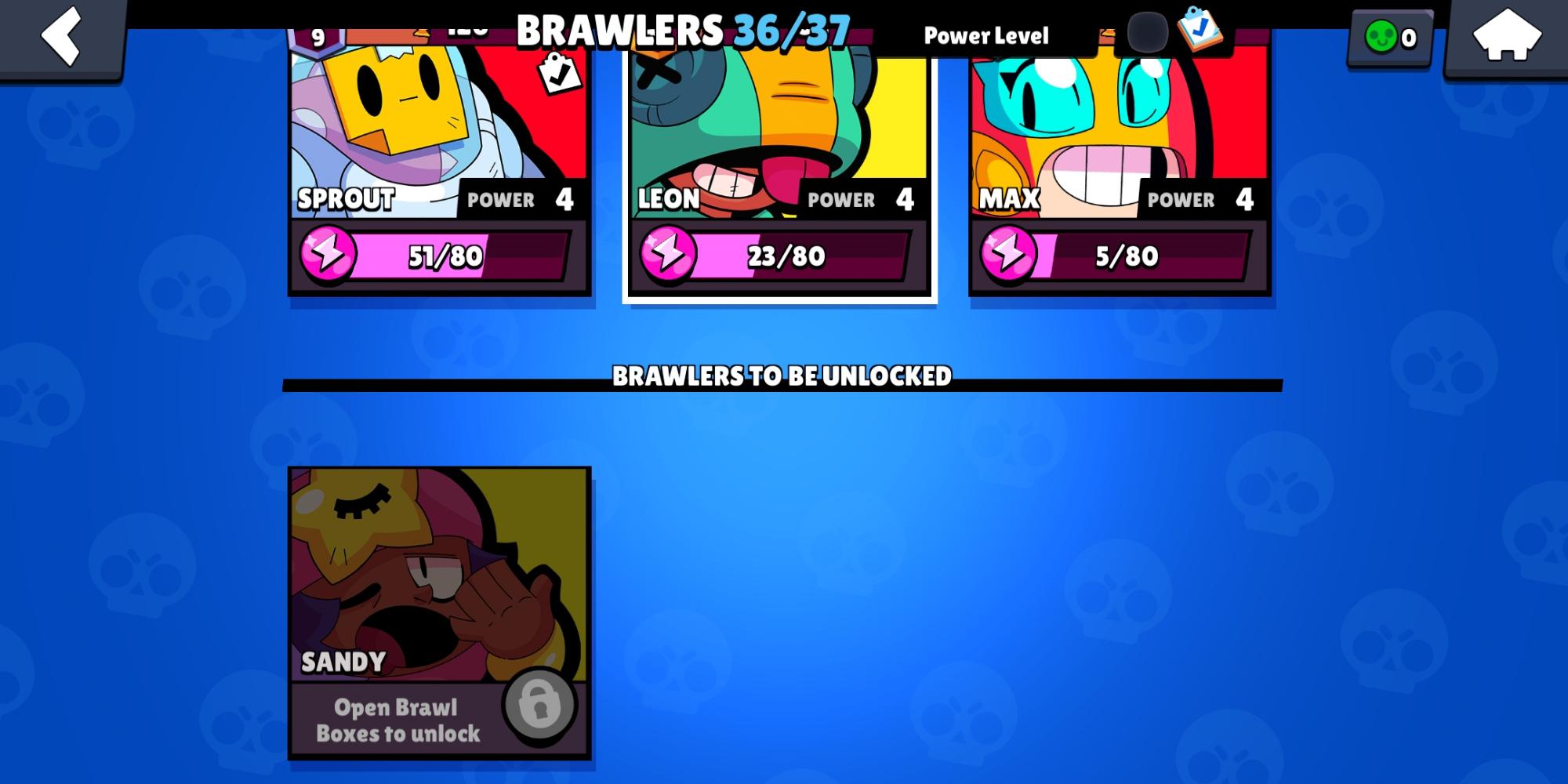 Shelly- Her super is a Nuclear Bomb

Colt-Melts the Safe with Gadget

Jessie- Your teammate exposed you because they got hit, revealing your location

Brock- Always get away with gadget

El Primo- Jumps to enemies base with 10 gems

Darryl- Checking a bush does not always work

Penny- "we are stronger when we stick together"- famous last words

Piper- 1 shot you with energy drink

Pam- Impossible to land shots if target is far away

Bea- Her supercharged shot is impossible to dodge

Nani- Where does this super come from?

Mortis- Always appears when you have low HP

Tara- Her super can kill your whole team

Gene- Never missed a super when you have 10 gems

Spike- Kills you up close despite he is a sharpshooter

Crow- Follows you for the whole match

Sandy- Gets confused about his gender

Shelly: Better Shot: When she uses her gadget, her next attack will be exactly like her super Charges: 2

Nita: Mount: When she uses her gadget, she can mount her bear (must be in a 3 tile radius to use it).

Colt: Emergancy Dagger: Colt whips out a dagger which deals 1000 damage to the nearest enemy and knocks them back.

Bull: Auto Charge: When he uses it his super starts charging automatically for 10 seconds.

Jessie: Faith of the Turret: Her turret gains a 30% shield for 3 seconds.

Brock: Gotta Flex!: Brock gains a 10% dodge attack chance (I.e he has a small chance of dodging the attack if it hits him) for 6 seconds.

Dynamike: Sugar Bird: Dynamike shoots out a fake canary which explodes stunning the opponent for 2 seconds.

Bo: Insight: Bo gains the ability to see how many ammo the opponents and allies have for 3 seconds, Charges: 2

Tick: Nano Bomb: When Tick uses this gadget, the current head that is in play explodes and silences nearby opponents (i.e make them can’t attack use super and use gadget). for 3 seconds.

8-Bit: Glitchy Shock: 8-bit sends a shockwave from his turret that reduces attack damage of opponents who are in it by 15% for 7 seconds.

Emz: Copycat: Emz creates a duplicate of herself that gives her and nearby allies a 20% attack boost if they are in its range (it moves).

Rosa: Boxing Plants: When she uses her gadget she creates a plant which punches opponents 200 damage per punch the plant has 3500 health.

Poco: El Canta: Poco plays a stirring jig that give allies a speed boost by 15% and gives them a attack boost of 10%, (it’s like poco’s super but different)

Barley: Poison Bottle: Barley releases a bottle which when an opponent is hit it does ticking damage 1000 health over 5 seconds (200 damage per second)

Jacky: Hell Yeah!: When she uses her gadget, Jacky will dig underground like a mole and become invisible, she can move and after 10 seconds she bursts up dealing 1500 damage to the nearest enemy and slowing them down for 2 seconds. Charges: 2

Darryl: Bountiful Booty: Darryl places a energy drink on the ground but only allies can pick it up and it lasts only 3 seconds.

Penny: Coin Flip: Penny flips a coin, if she gets heads she instantly recharges her super, if she gets tails she can choose an enemy that loses all of their super charge.

Carl: Minecart Madness: Carl glides towards the nearest enemy, dealing 2000 damage and knocking them back like a minecart.

Piper: Gunbrella Block: Piper opens her Gunbrella in front of her blocking the current attack of an enemy and deflecting it back at them.

Max: Slow Time: Max creates a shockwave slowing opponents in its range by 95% for 2 seconds. Charges: Single Use

Gene: Helper Lamp: Gene places down his lamp and everyone in the lamp’s range get a 30% damage reduction. The lamp has 1500 health.

Mr.P: Raw Energy: Both Mr.P and his current porter gain a 25% speed boost for 4 seconds.

Tara: Troll Card: Tara throws a troll card which explodes destroying nearby obstacles, knocking nearby opponents back and does 500 damage.

Sprout: Vine Snare: Sprout lays down an invisible plant trap which ensnares opponents that step on it for 3 seconds.

Spike: Cactus Family: Spike creates a mini cactus that boosts allies damage by 20% in its range.

Sandy: Twisted Reality: Sandy creates an illusionary sandstorm which makes an illusion appear of an energy drink and healing mushrooms for 12 seconds. Charges: 2

Leon: Sticky Tongue: Leon uses his tongue to pull himself towards the nearest enemy.

Gale: Snowstorm: Gale creates a snowstorm which pulls in opponents and stuns them for 5 seconds.

After revising for 7 hours straight at night.

I hope I can get Sandy after feeling like him.

10 more days to go until the exam ends. 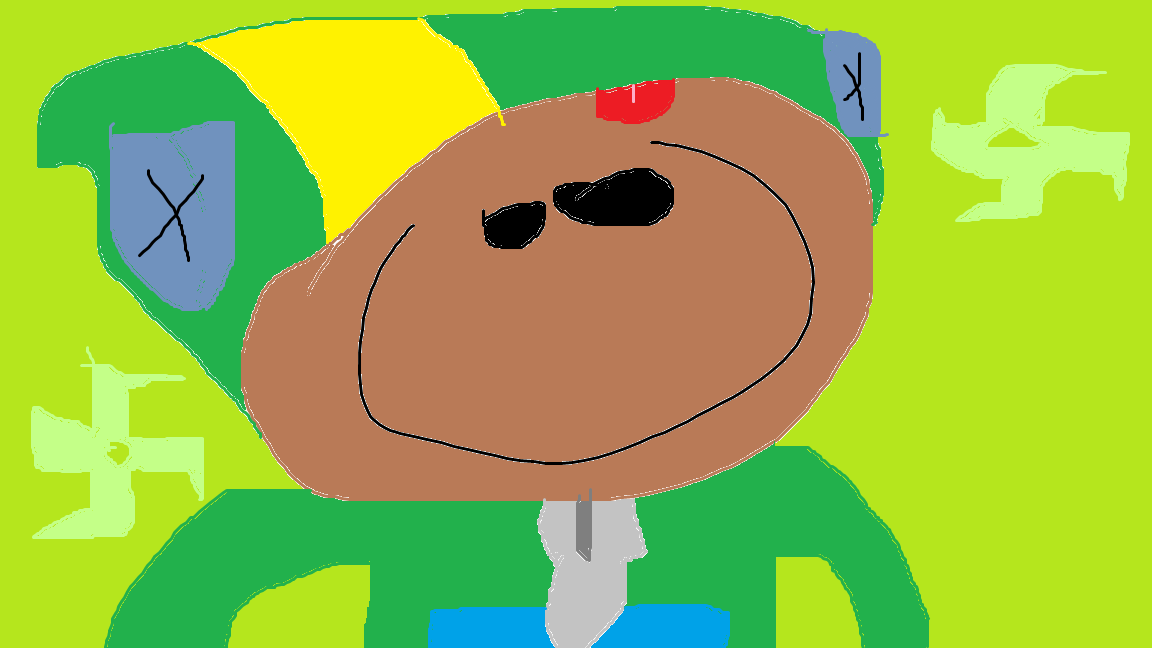 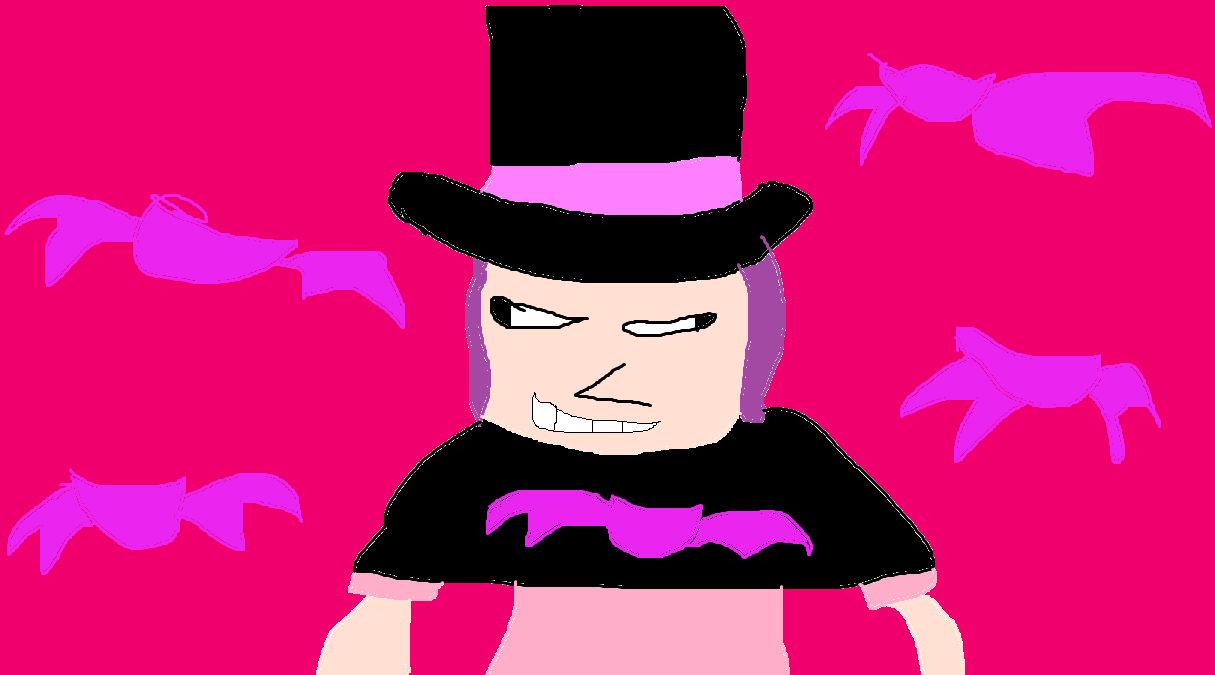 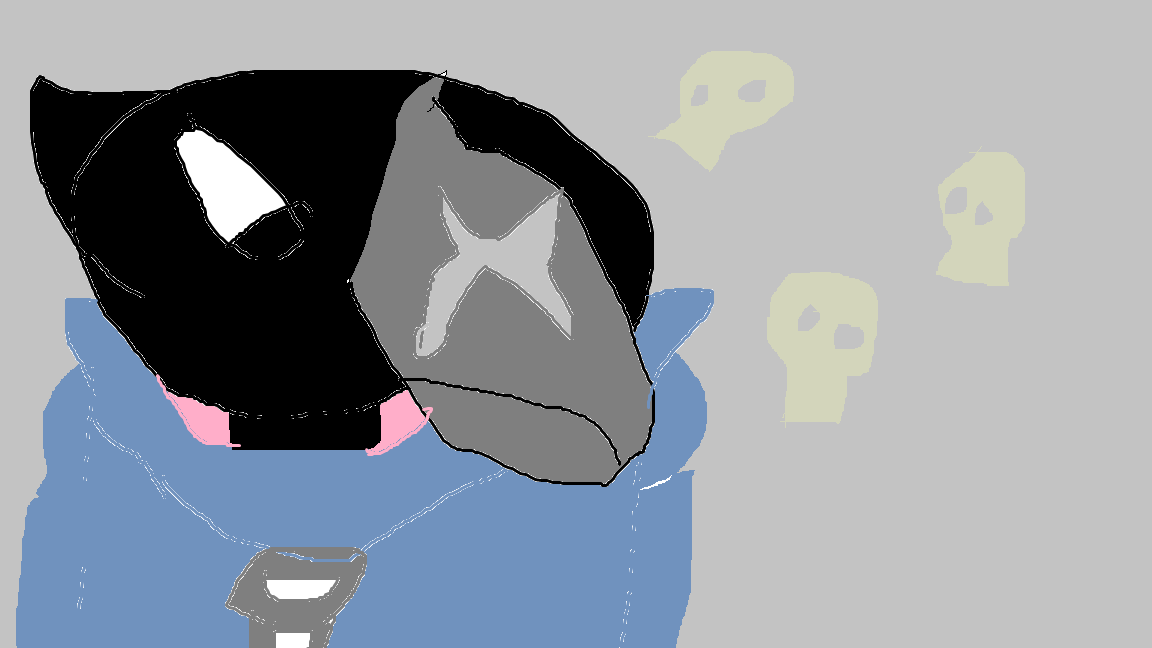 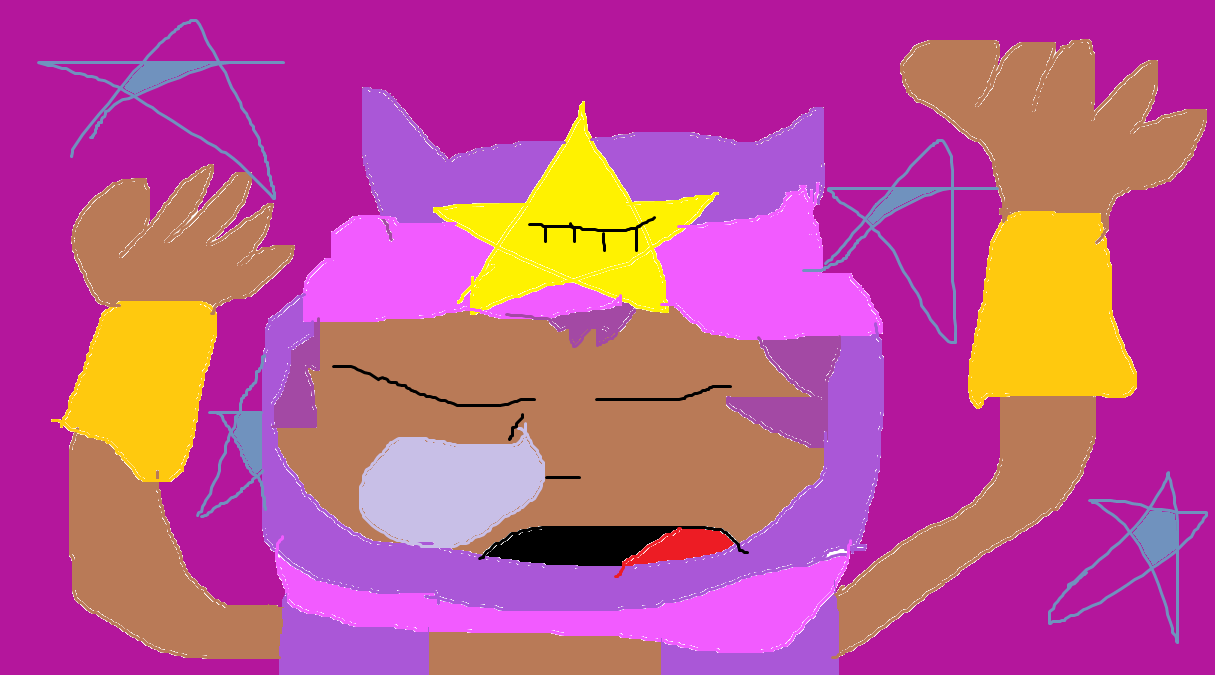 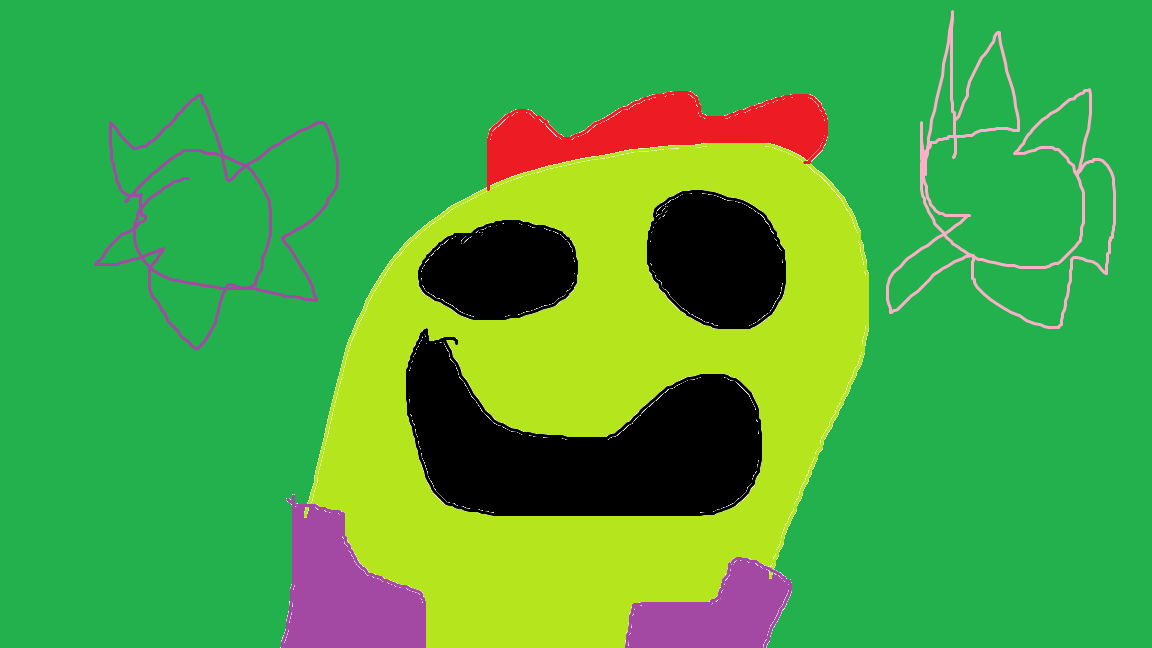 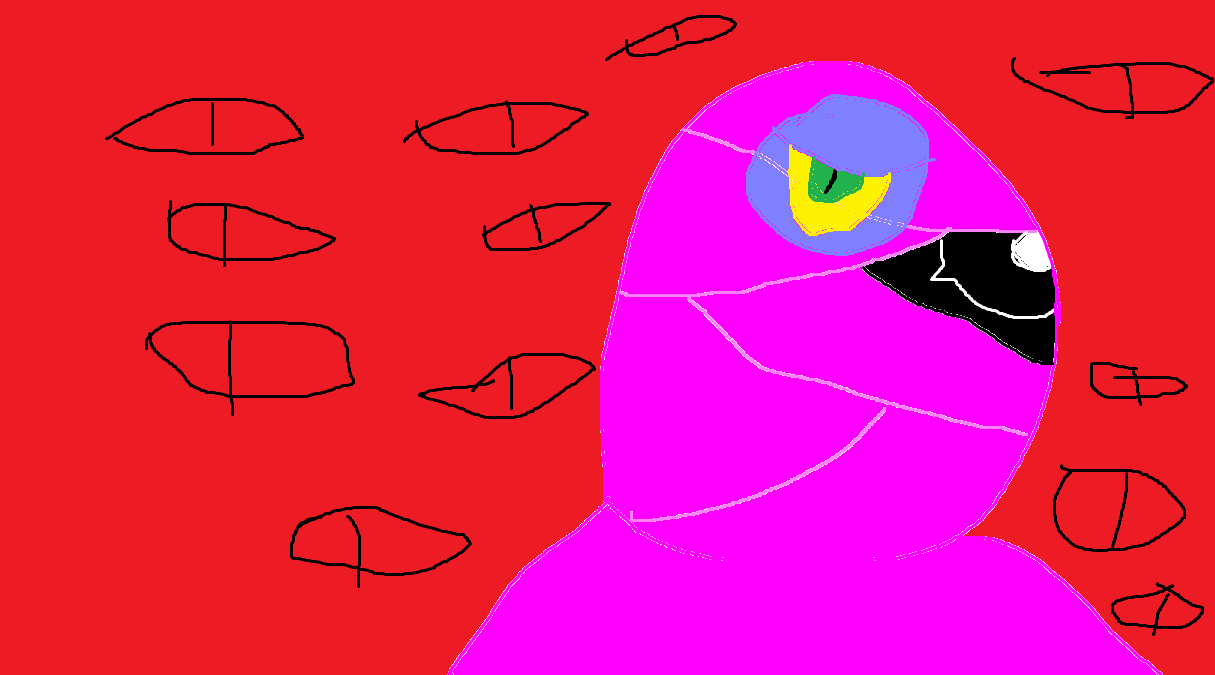 Some brawlers struggle while being the giant in Big Game. Others however can just take a nap and chill.. 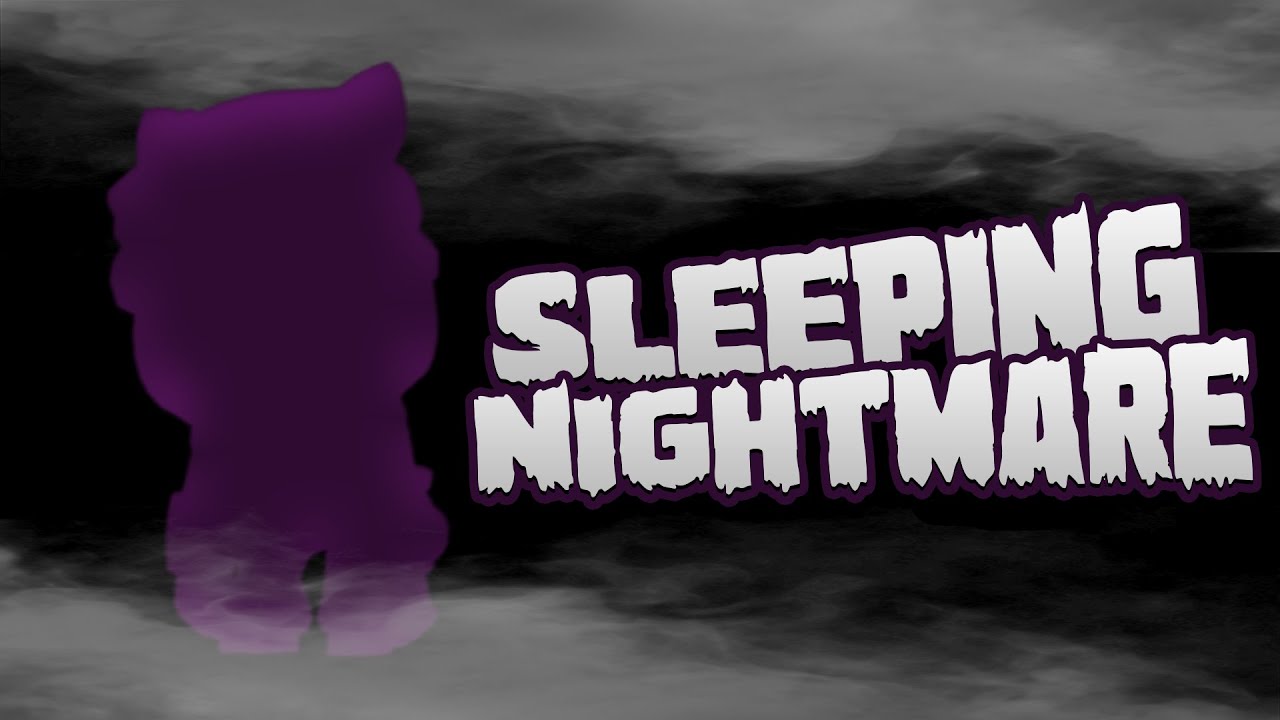 I think he has the lowest pick rate out of all brawlers, but I'm not sure if it's because of his skill cap or because of his rarity. Does anyone in here knows better than me?