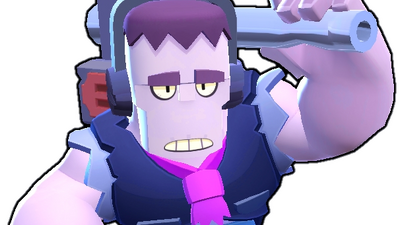 Frank is an Epic Brawler who attacks with a large hammer, sending a wave that can hit multiple enemies. Frank also has very high health, allowing him to withstand a lot of damage. His Super can stun enemies for a decent amount of time, leaving them vulnerable to attacks from him or his... 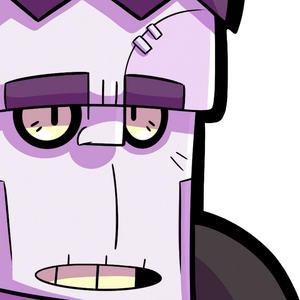 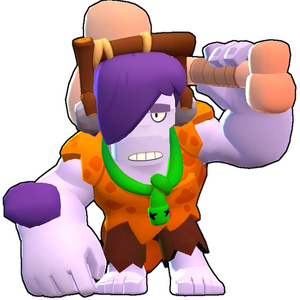 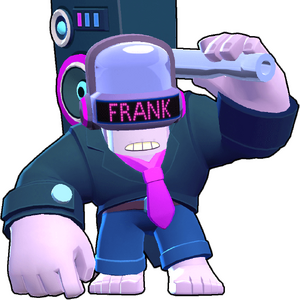 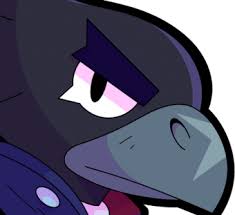 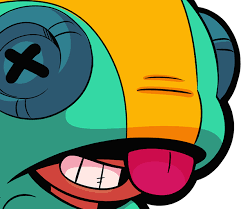 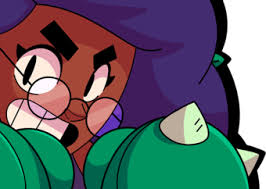 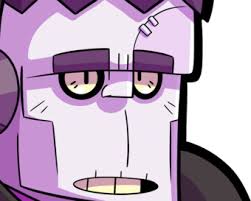 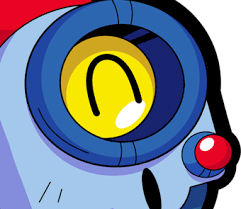 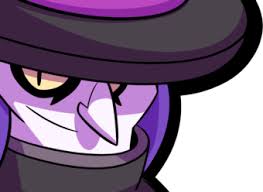 Feel free to cringe idk why I’m uploading this 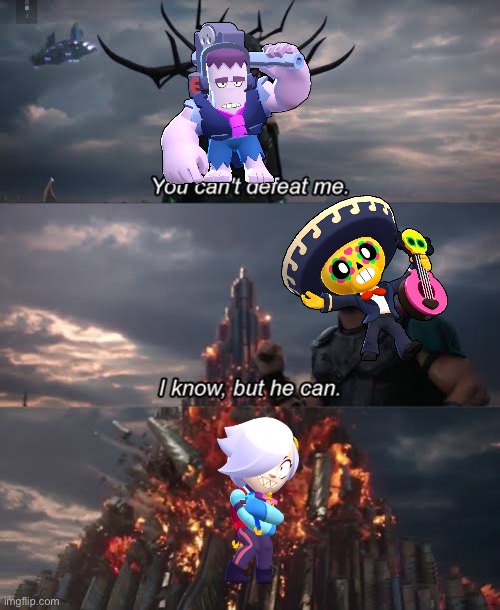 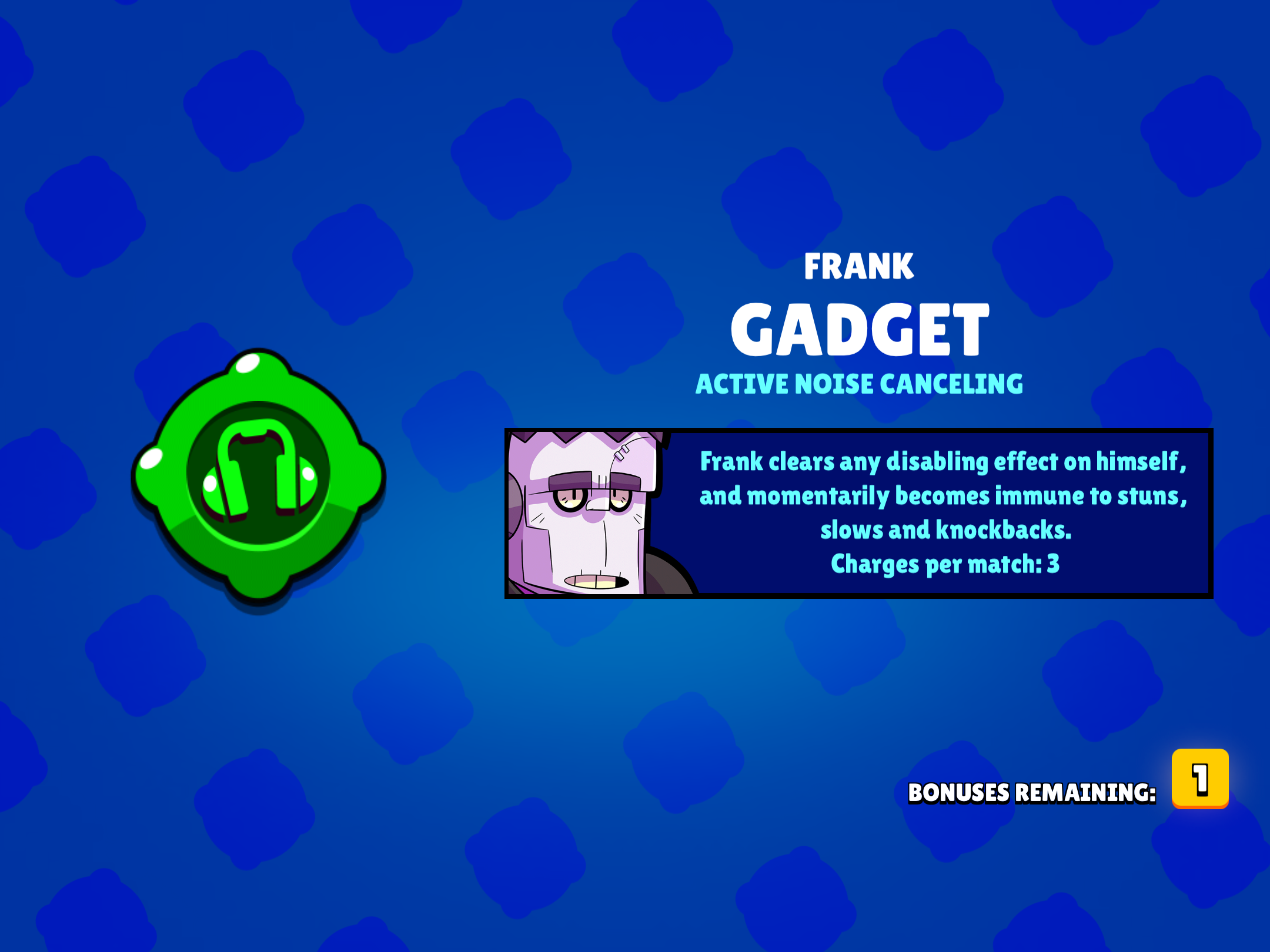 So many people have been thinking of this for a few weeks or so at reddit, I know that isn't at r/brawlstars though.

So today let's talk about the lowest damage possible first. To do this, you have to play showdown (so the damage can be minimized as possible) and play solo. You need 2 crows, each with Extra Toxic. Then, you need a Darryl with Steel Hoops and 7 Jackys with Counter Crush. (Yes, I ofc now the sp is terrible, but that's the only choice). So, the Crow, have to poison the other Crow, dealing 320 dmg + poison (80 dmg). Then, the other Crow's poison only delas 64 dmg (the poison, not the blade) because of the Extra Toxic. Then, the Jacky (7 whew) uses Counter Crush, thus dealing 64 the final CC (Counter Crush) would be 64 x 80% (Extra Toxic) x (15%)^7 (7 Counter Crush), and the final result would be 0.00008748 damage, combined with Darryl's Steel Hoops would be 0.000008748.

Thus, the highest damage possible would be 6652 per shots

I just got frank and can you tell me like the tips, the best maps, and brawlers to avoid and all those stuff plz?

Frank: now can attack while move

Piper: At ANY range piper attack will be the same as maximum range

Sandy: his sandstorm will shield you by 50 percent

Spike: his cactus needle now also have a poison for 4 second, and 1 second is 1/4 damage of total 1 needle, like crow, AND IT'S STACK

Tara: the card now also can fly through wall

Mortis: his dash can go through wall

Leon: when leon health is under 50 percent, he will be invisible

Bull: now you can control your super direction.

And I got it from a bigggg box 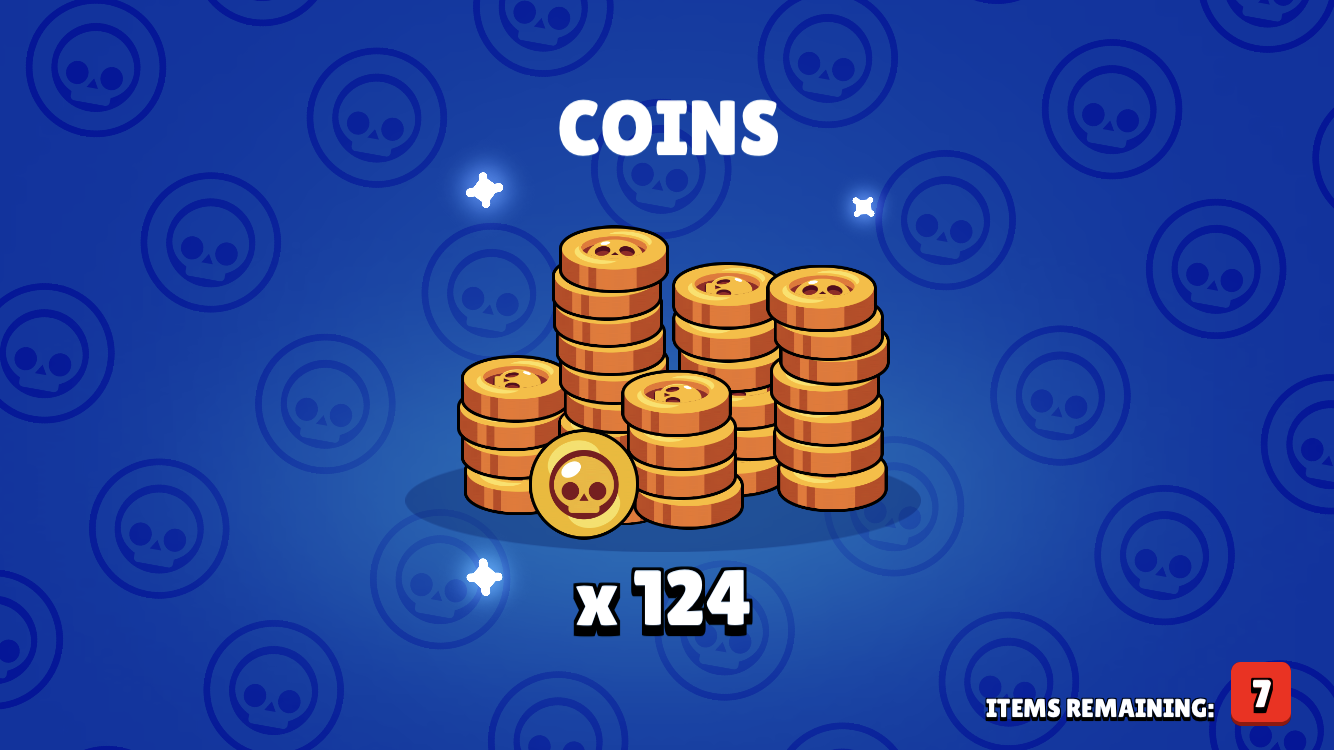 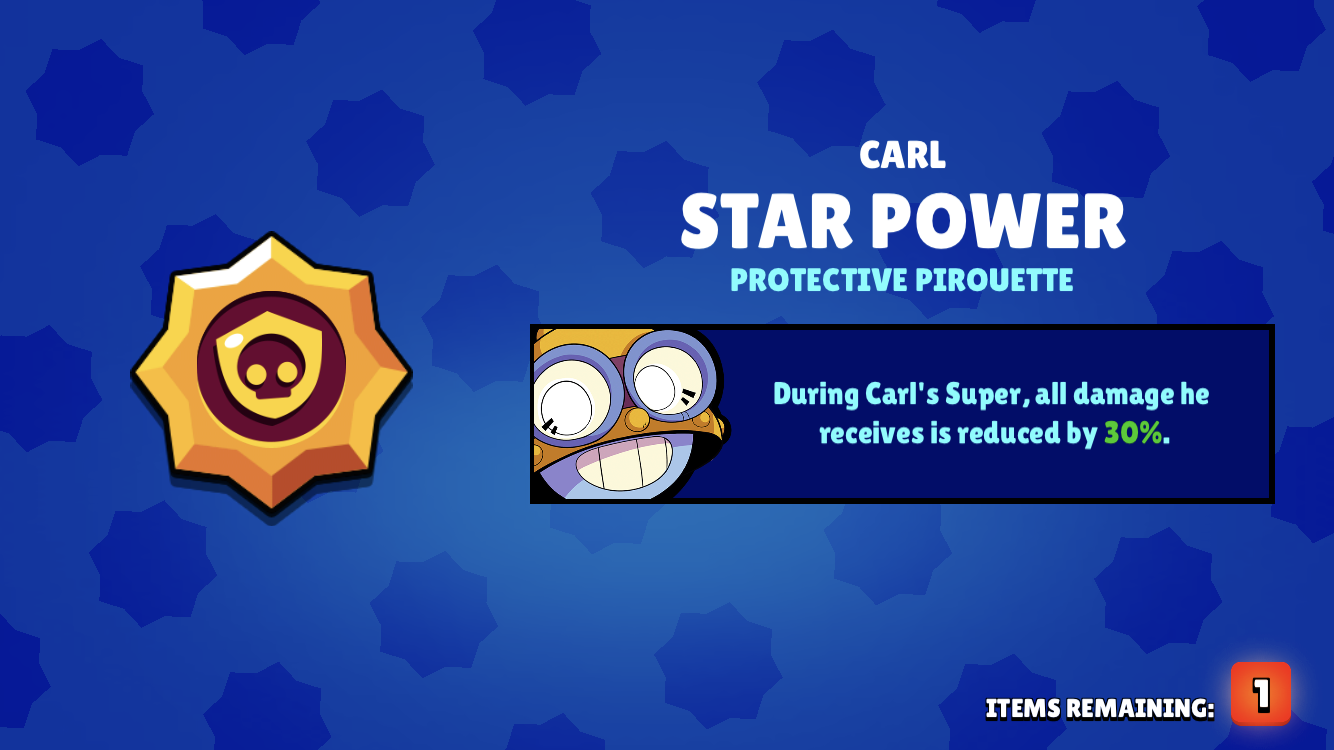 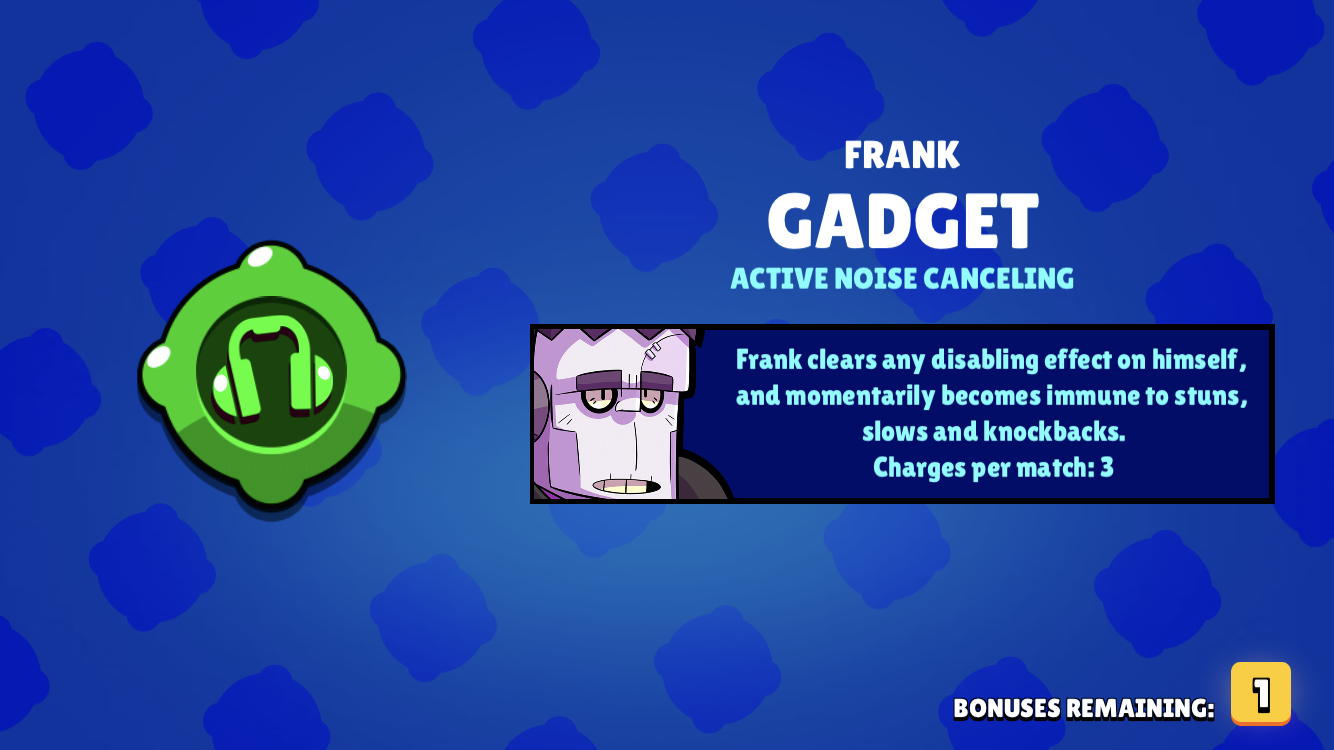 Frank is so op

Brawl Stars WikiFrankBrawl BallBrawl Pass
Mortis (he ascended to my 2nd fave)
Frank (he is decent for me)
Barley (same as Frank, he decent)
Gene (he is one of my fave mythics now)
Nani (before the buff she was the worst for me)
Darryl (Steel Hoops: that's why)

I got 4 brawlers in a week! 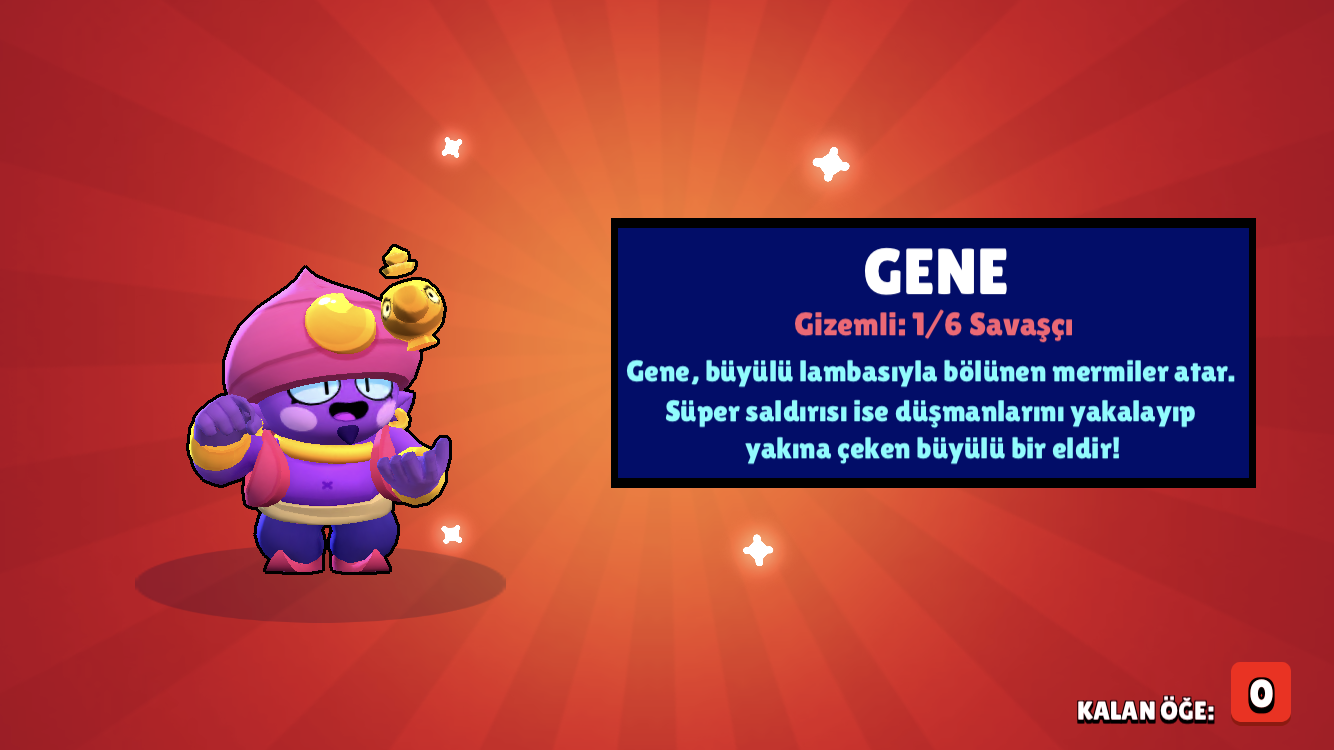 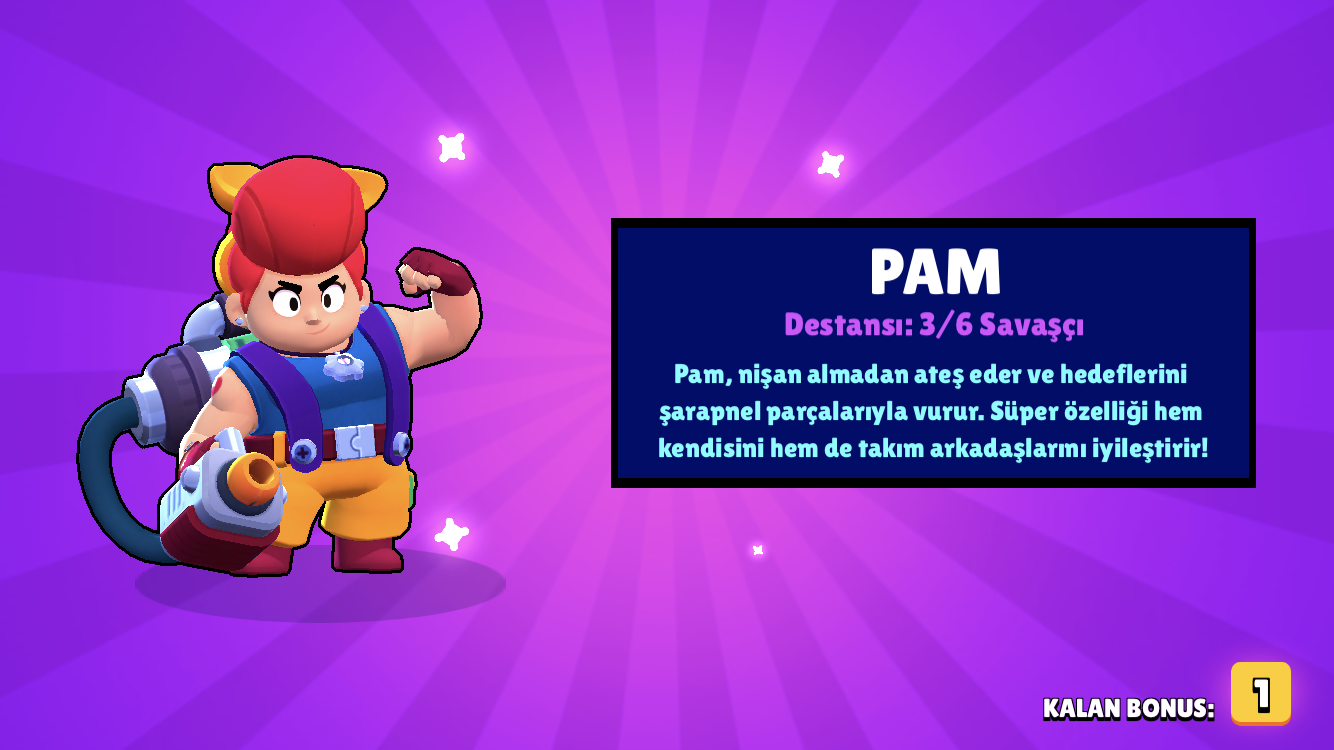 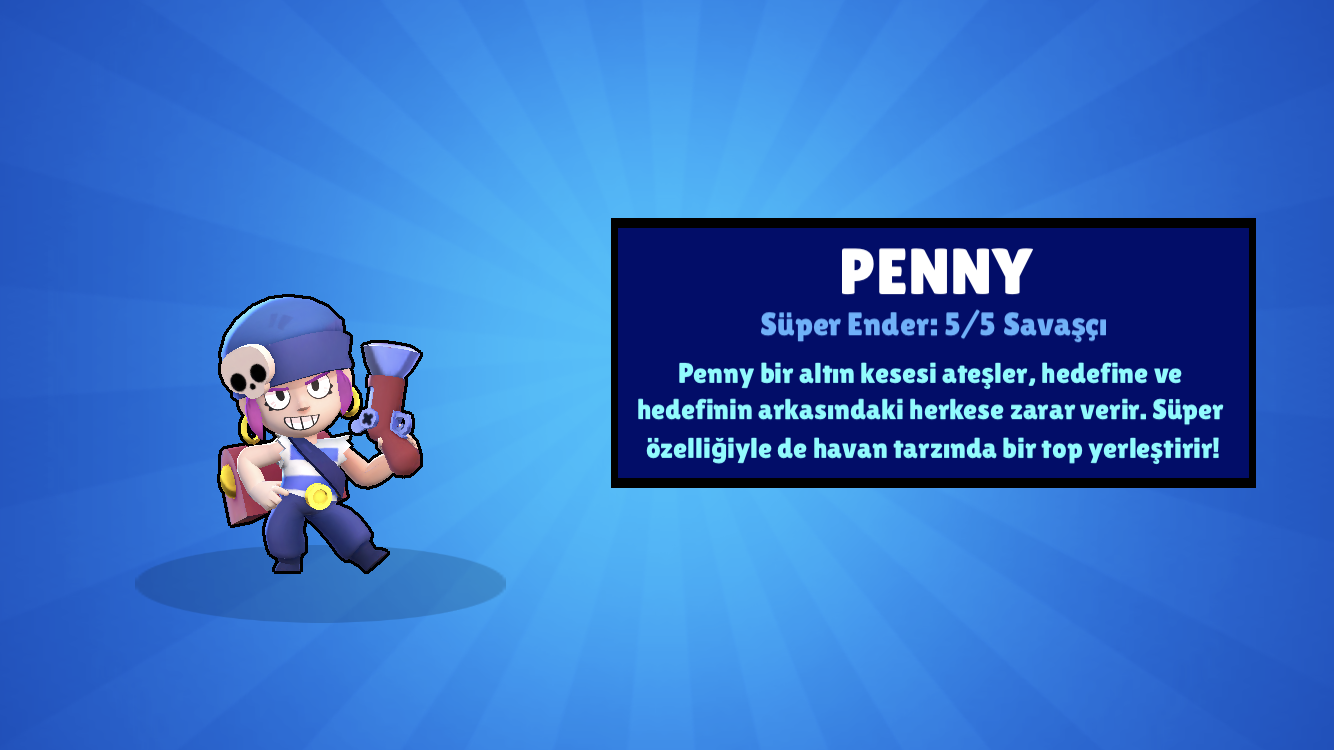 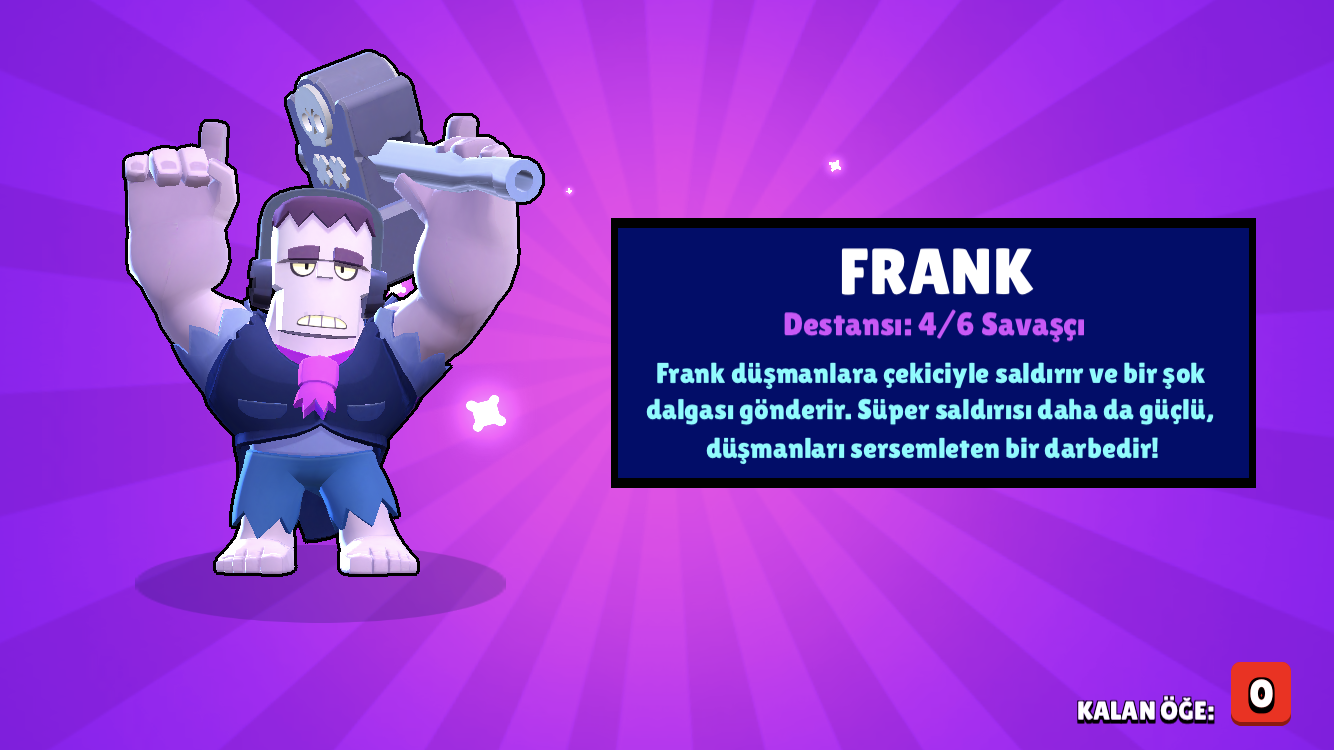 First ı got gene from a mega box

Then ı got pam from a big box

Then ı got frank from a mega box

I'm sorry for not uploading anything because I've been spending my time pushing Bea and Tick to Rank 20 (which I succeeded), building a Grassy Surge Rillaboom team in Pokémon Sword and playing Animal Crossing with my annoying sister... Aaaaanyway, let's begin!

Piper fiddles with an emergency button for 1.5 seconds, charging her Super instantly. During that time, Piper cannot attack but she can move.

(Only 2 charges per match)

Pam's healing turret's radius is enlarged by a 2 tile radius.

Frank pulls out an amplifier which creates a sonic boom 4 tiles around him, dealing 500 damage and slowing them down!

Bibi creates a bubblegum coating for her precious Mr. Bat, causing enemies hit by her attack to become slowed for 3 seconds.

Bea's next attack saps the damage taken by the enemies hit, regaining 1500 health.

When Nani's next Peep can hit an ally to heal them for 2000 health!

If spike is within grass, in a radius, the gadget make the grass is yours, so only team mate and you can see inside the grass when you not inside it.

The enemy cannot know where is yours grass, so you ad your teammate can see enemies hiding in your grass in a distance 3 per match

For 5 second, frank now can move while attacking 3 per match

In next emz attack, you can make enemy blind for 3 second, so it's like the obstacle ,grass, other teamates, and enemy is ALL invisible, you can only see an object nearby. 3 per match

If you think Mortis is better than Frank in a 1v1 then 1v1 me.