What's on your mind?

Ok guys so as u know i hater janet and ill tell you why so i hope u can stop useng janet. Here are my reasons why by MrGoogmanJeffy.

1.Janet mains team. This is controversial but i kneow that all janets team in solo showdown. ist so annoeying when im trying to push my low trophy brawlers like Belle and buzz. 😡😠😤This is relly unfair and the game n. Eeds to fix the bad teaming its cheating

2. janet pl*ayers are toxic: they say bad words in club chat and spam toxic pins in game. Supercell fix this my feeling is hurt and I cri every tmie i lose to jannet in sowdown. (Picture of toxic janets btw & 1 eger.)😡😡 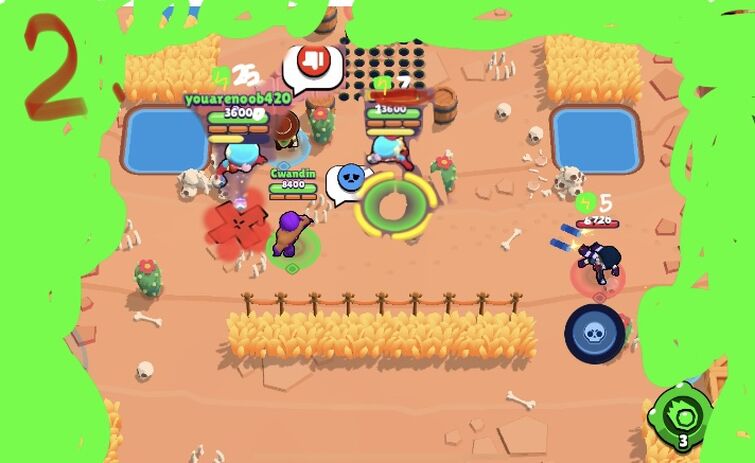 3. She is too much played by p2w players. Like every time i play thr match jannet is always there as my enemy . this make me go tryhard and try to beat them . They ar also level 11 when my brawlers they face me are like level 4. they spend too much money for upgardes and also she is broken. i lose every time. Too much damage and hp. Picture show all janet 😳match 🇩🇲They (supercell ) made janet the best brawlet of all time and its too op 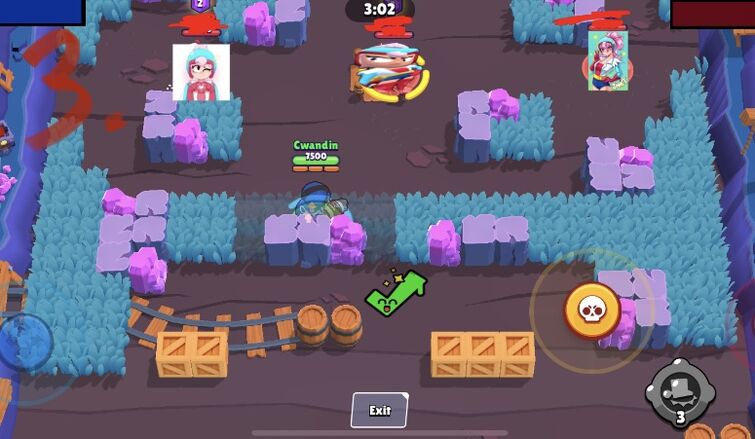 So in clonclusion janet is the worst brawler of all time.

If there were 5 skins you could have at this very moment, what would they be? They can be upcoming skins, archived, etc

For me, the skins I want are:

You all remember the Buzz that got you stunned forever, the Edgar who never loses health, and the Fang who was Using fresh kicks. But that basically going to only happen once or twice in the game, most of the time the game is a 3v2 for you, and if they fuck up they also fuck up their teammates, here’s why. (Well the following “Assassins” I’m going to talk about isn’t just brawlers with “Assassin” class but more brawlers with similar play style, Crow is support Stu is kinda like Max a fast sharpshooter)

1, They take sooooooo long to actually get in battle, and if the opponent just happened to be how on health they barely get any super back and has to redo the process(cuz when you see a low you go for it)

2, They can’t stay in the matches, once they land a successful super they will have half or low health and basically only run cuz every other brawler has more range(except for Fang but don’t try to take on someone new with almost no health)

3, Crow Eve Gene Brock Stu, et cetera. With sps and gadgets in the game there are just too many ways to deal with an assassin with a charged super, making them impossible to make a play in the game

For today's topic, I'm gonna make a hot take that'll get me mercilessly bullied to no end

This is written by someone who barely teams

What I was thinking is that teaming has become so widespread that its not worth trying to stop at this point. Like seriously, showdown plush just made Teaming more fun, because you get trophies for backstabbing.

Not to mention that Teaming is literally just taking care of your trophies. For example, who cares if some random kid gets mad at you because you teamed on him and got a R30 or something

This brings me to my next point, the whole dirty teamer thing. I dont really mind it but if this is the best the BS Community can do to stop Teaming, I think the best course of action would be to just shut up and deal with it

And finally, we're to the iT rUiNs ThE mOdE argument, I say to just shut up and deal with it When you get high enough in trophies you either team, camp, or stop playing the mode. That's it. Nothing more to say

Alright, get to those comments... 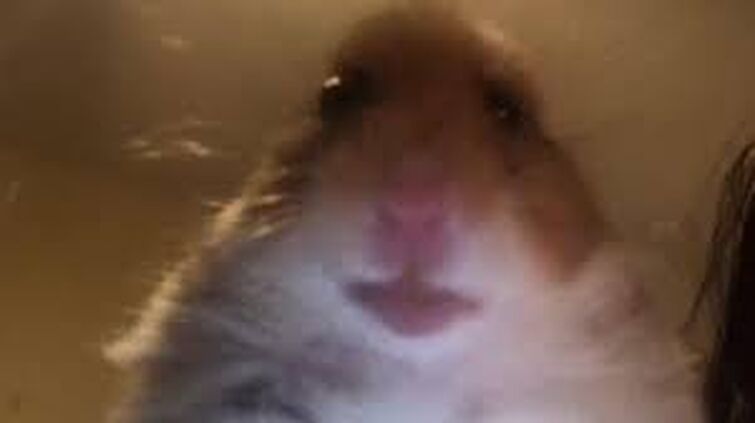 Hi, take a quiz about me.

Wut brawler(s) do I main?

Wut brawler do I hate?

How many Bruhlers do I have?

Who is my favorite BS youtuber?

How many K trophies do I have?

Wut nationality am I?

Guess, i will reply and give you points 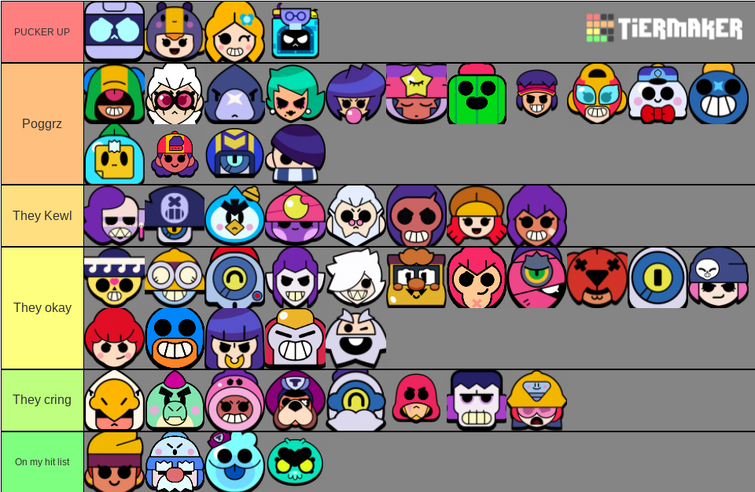 Sorry about the absense of Janet and bonnie

The person who made this list hasn't added them yet

8-bit is my fav and Eve is my most hated

Continue from this page.

Tory is a former archaeologist who converted the ancient temples into The Aquarium in order to make a knowledge center for the next generation children. He also created his own spiky armor which is actually made of the bones and fossils he unearthed years ago although he enhanced with modern technology which makes his people nicknamed it “The Modern Antique”.

Trait: Tory has a 1.67-tile circle around him. All enemies within this circle range automatically receive 500 damage every a second.

Tory presses a remote button to stick out 8 piercing spiky bones from his armor in all direction. Just like Jacky’s attack, his attack does not need to be aimed although aiming still shows the range of his attack. The damage of his attack is separated among the bones so hitting a single target with multiple bones results it taking multiple damage.

Tory press a remote button to stretch out 3 longer spiky bones from his armor in a Y-shaped pattern. Afterwards, the bones rotate clockwise around him for 7 seconds, dealing damage if they hit an enemy. The bones can hit enemies behind the walls.

Tory creates a hole behind him that block enemies’ and allies’ movement paths. If he moves, the more holes will be created behind him. This gadget lasts for 5 seconds and each hole lasts for 3 seconds.

Tory drops a statue of himself that has 2500 health and will decay by 75 health until it’s destroyed. When destroyed, it creates a 4-tile area of effect that deals 800 damage and stun them for 1 second.

The rotation of bones of his super has its speed increased by 30%, making it spin faster and can hit enemies more times.

For every 4 seconds, Tory’s next attack will knock enemies back. He also gains a bar similar to Bibi’s Home Run bar and he does not require all three ammo to charge the bar.

The history is beginning.

Are there any antiques for my collection?

Welcome to my aquarium!

It’s me Tory, I want some antiques.

The Aquarium is a knowledge center.

More collection for the museum!

Bones are old but gold.

Call my armor “The Modern Antique”.

The unearthed belong to Tory.

Oh yes I was an archaeologist.

You can’t insult my ancient weapon!

Oh! The antique got you.

Stay calm in The Aquarium.

You should learn about science.

Don’t judge my armor by its cover.

I gotta break from digging.

It was an old story.

Maybe you are stuck with the modern so much.

This is the true color!

Neutral: It’s me Tory, I want some antiques.

Thanks: You should learn about science.

Special: More collection for the museum! 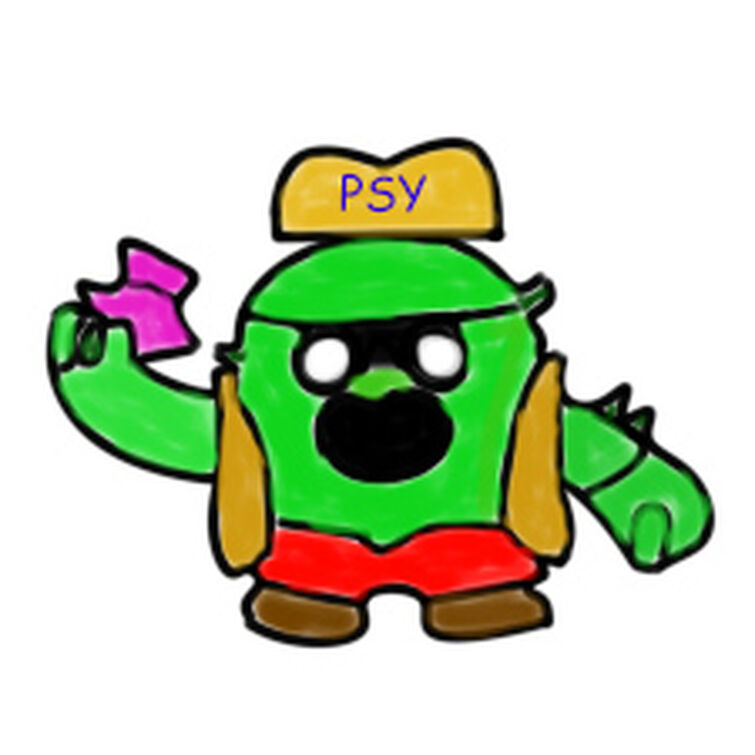 Sorry, if it is bad. If you don't know PSY, he is the person who sings 'Gangnam Style' Rate please.

Here is an explanation of all losing animations of brawlers, no skins ones:

Shelly: Breaking her shotgun with her knee in angry mood but fail and feeling depressed

Nita: Lowing her head down in sad mood.

Colt: Feeling depressed and laying down one of his revolver.

Jessie: Getting rage while crying.

Brock: Turning his head away while feeling bad.

Bo: Sitting down in sad mood.

8-Bit: Trying to press the button to continue but eventually becoming “Game Over”.

Emz: Turning her head away in disappointed mood.

Stu: Falling down, then weakly getting up, then thumbs up and lying down.

Poco: Standing with an arm akimbo in sad mood.

Rosa: Falling down and sitting in depressed mood.

Rico: His head knocking off and becoming malfunction.

Darryl: Putting his body in the barrel.

Penny: Turning her head away while feeling bad.

Jacky: Leaving the scene by drilling through the floor.

Piper: Turning herself away.

Pam: Turning away and sitting.

Frank: Lowing his head down in sad mood.

Bibi: Turning her head away while slightly covering it with hem.

Nani: Putting her limbs in and becoming malfunction.

Edgar: His scarf hitting his head.

Bonnie: Bouncing off her cannon and starting to cry with her tooth knocked off

Mortis: Turning himself away.

Gene: His lamb scolding him and he becomes depressed.

Max: Looking at her wrist blaster and slowly falling down while feeling sugar crash.

Sprout: Becoming malfunction while its face paper dropping down.

Squeak: Throwing his ball and it bounces back to him.

Crow: Turning himself away and thumbs down.

Amber: Feeling depressed and burning herself which makes shocked.

Colette: Falling and lying on her back with shocked expression

Lou: Becoming brain freeze and hitting his face with his snow cone

Belle: Getting mad and trying to break her rifle with her foot but fail.

Buzz: Hard-blowing his whistle and sitting.

Ash: Becoming faint and his trash can lid closing, causing him to lie down.

Lola: Her scarf banding her and falling down.

Fang: Kicking which causes his shoe to fly out and hitting his head, lying down.

Eve: Her spaceship crashing down and she comes out to lie prone with faint feeling, her hatchling then jump on her.

Janet: Losing control of jetpack and falling down. 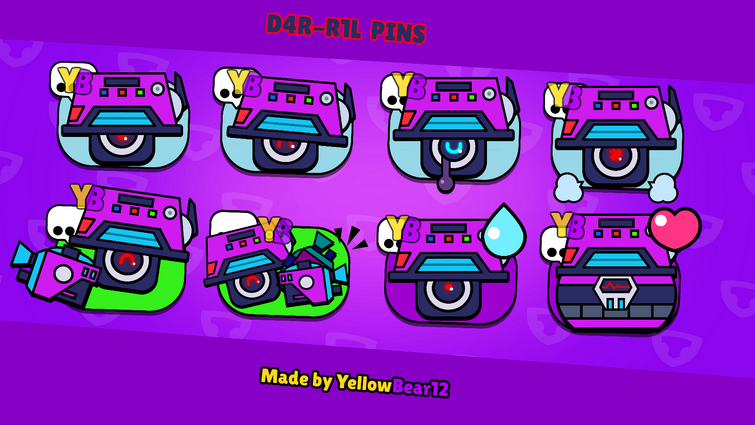 I know it looks ugly 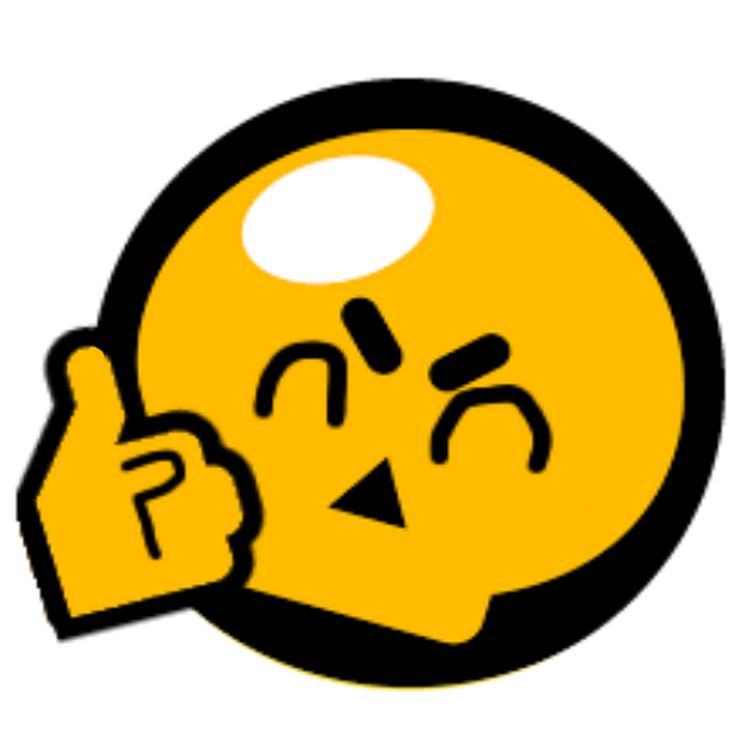 Btw not made with Pin Maker

I made my self on pin maker and here is the result : 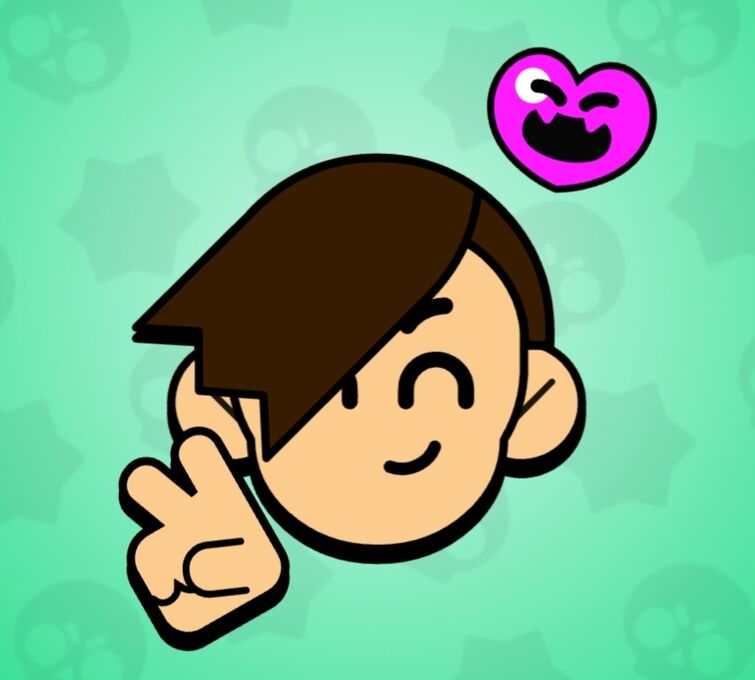 You can imagine me in the real life with my pin

Btw, here is my bro pin 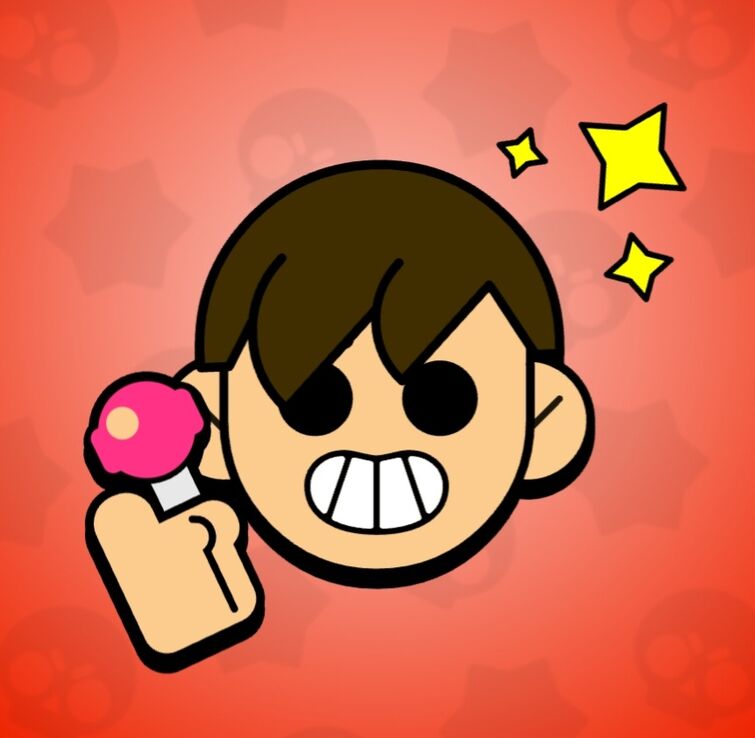 And you, I m curious, what do you will make if you could to make you as a pin on pin maker ? 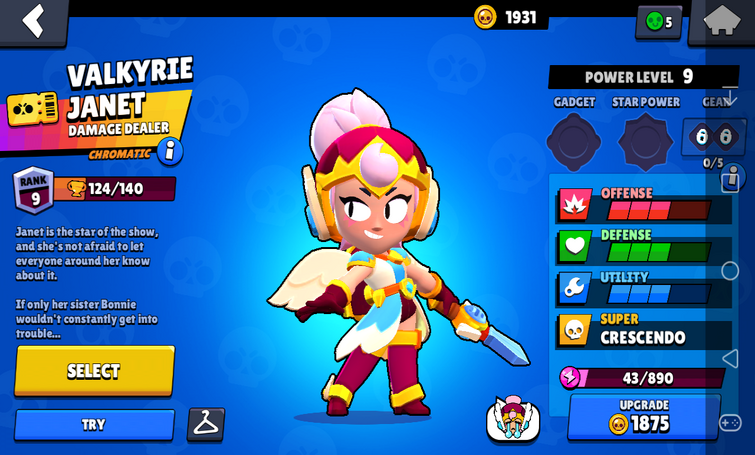 Also, I'm continuing the trend of me getting every fourthish BP 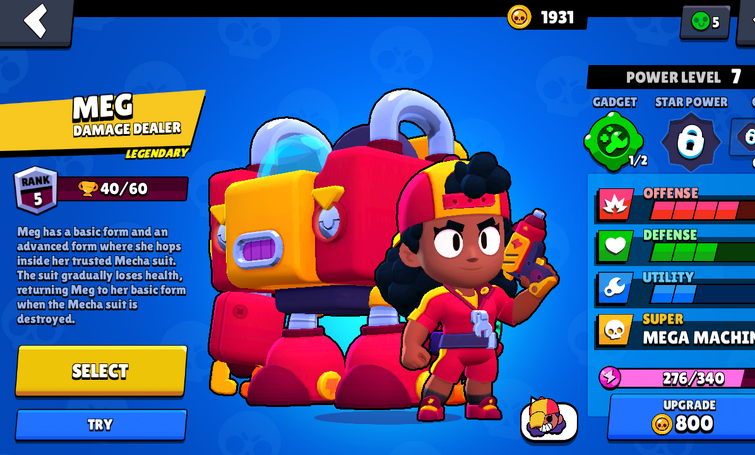 Meg is fun to play

Grrr.... In this quiz, @Powfu Ohh playedthe quiz more than 1 time, so because of that you will be BANNED! People that doesn't use wiki name also get banned.

Congrats for the winners and this is my new tierlist. Don't care about Bonnie 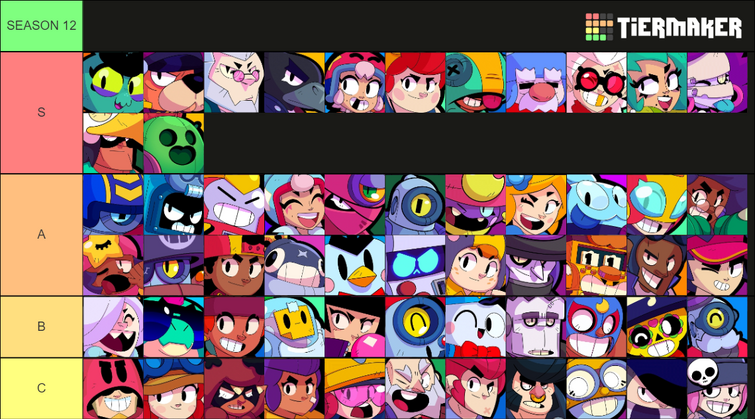 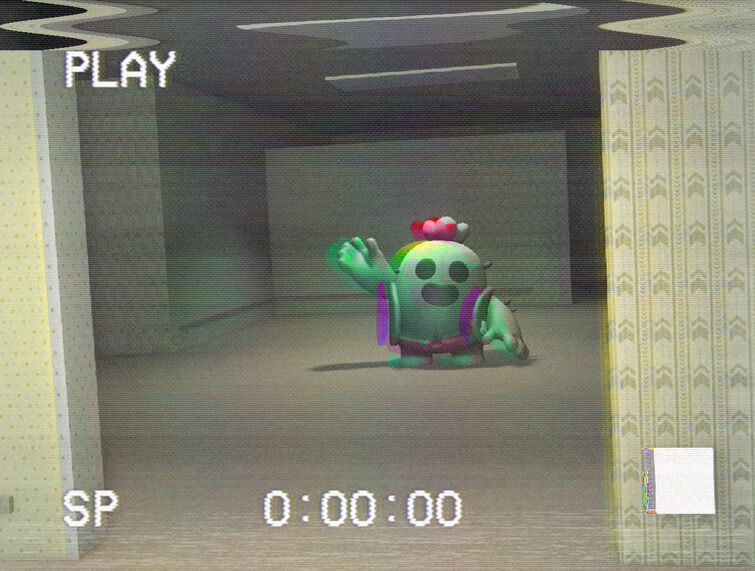 Also there are 2 post below me where @Kittiez and someone else have Janet and I wanted to ask if she is good.

So wow decided to go to google maps cause why not

Realized all of the pictures were really old (the gas pricing was like three and a half dollars a gallon or something now it's six like wth ;-;)

My dad's old car (the green one 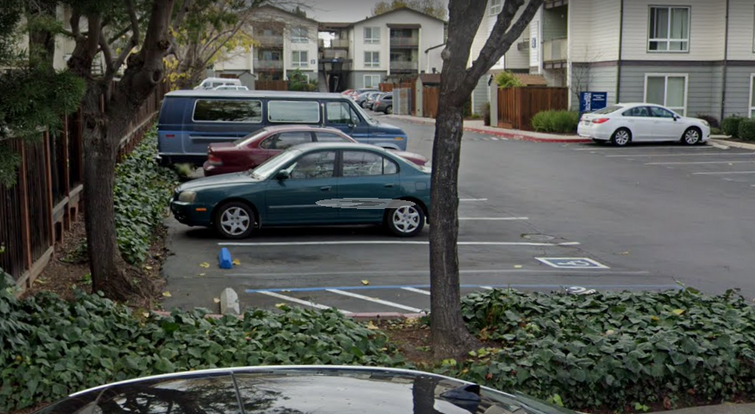 So the car used to have stuff in it and it had this bead chain with god on it or something. not to insult but like, the necklace or whatever was hanging on the mirror thing on the front of the car or something idk what to put it

So basically my dad got a new one (blue mazda) and decided to leave the green one alone. we eventually sold it for 2k dollars or something I forgor and now it's gone. ahhhh the memories (exists cutely)

So these are the only brawlers who don't have a second gadget, and I'll be giving them one along with some explanations and usable situations.

Griff sacrifices ¼ of his super charge for 3 ammo.

I think this would be helpful when facing mid to long range brawlers such as Nita, Surge and the like.

Buzz gets a 10% shield which increases by 10% for every brawler in his zone. The shield is capped at 50% and lasts for 5 seconds.

This would be great towards the end of showdown games but also good in 3v3.

To celebrate it I'm doing a QnA!

The rules are simple:

I'll try to answer them as soon and honestly as possible :)

Have fun and have a nice day! :D